Mark Cocker (1959-) is a graduate of UEA and an acclaimed author, naturalist and environmental activist whose ten books include works of biography, history, literary criticism and memoir. His book Crow Country was shortlisted for the Samuel Johnson Prize in 2008 and won the New Angle Prize for Literature in 2009. With the photographer David Tipling he published Birds and People in 2013, a massive survey described by the Times Literary Supplement as ‘a major literary event as well as an ornithological one’. He also writes regularly for The Guardian.

Mark Cocker, on depositing his archive at UEA:

"The idea that the 'stuff' which inevitably accumulates around a writer, like bat guano on a cave floor, could be interesting or valuable to anyone else seems a rather amusing and very conceited notion to any author. Slowly, however it starts to seem less outlandish and more constructive. What exactly were you going to do with those bags of notes, those files of correspondence, those cassette-recorded interviews that you now lack the technology even to access? What was the point of keeping old journalism of three decades ago that voices opinions you no longer hold? Gradually I've come to appreciate how the UEA Archive is the answer to a host of unresolved questions. It is the light-filled junction at the end of many overgrown or disused paths. And having started some of those journeys while I was actually an English undergraduate at UEA, it has become all the more meaningful. So thank you, all at the archive team, and especially for helping to clear away a little of the chaos in my own private cave."

Listing of this collection [

Some glimpses from the Mark Cocker collection 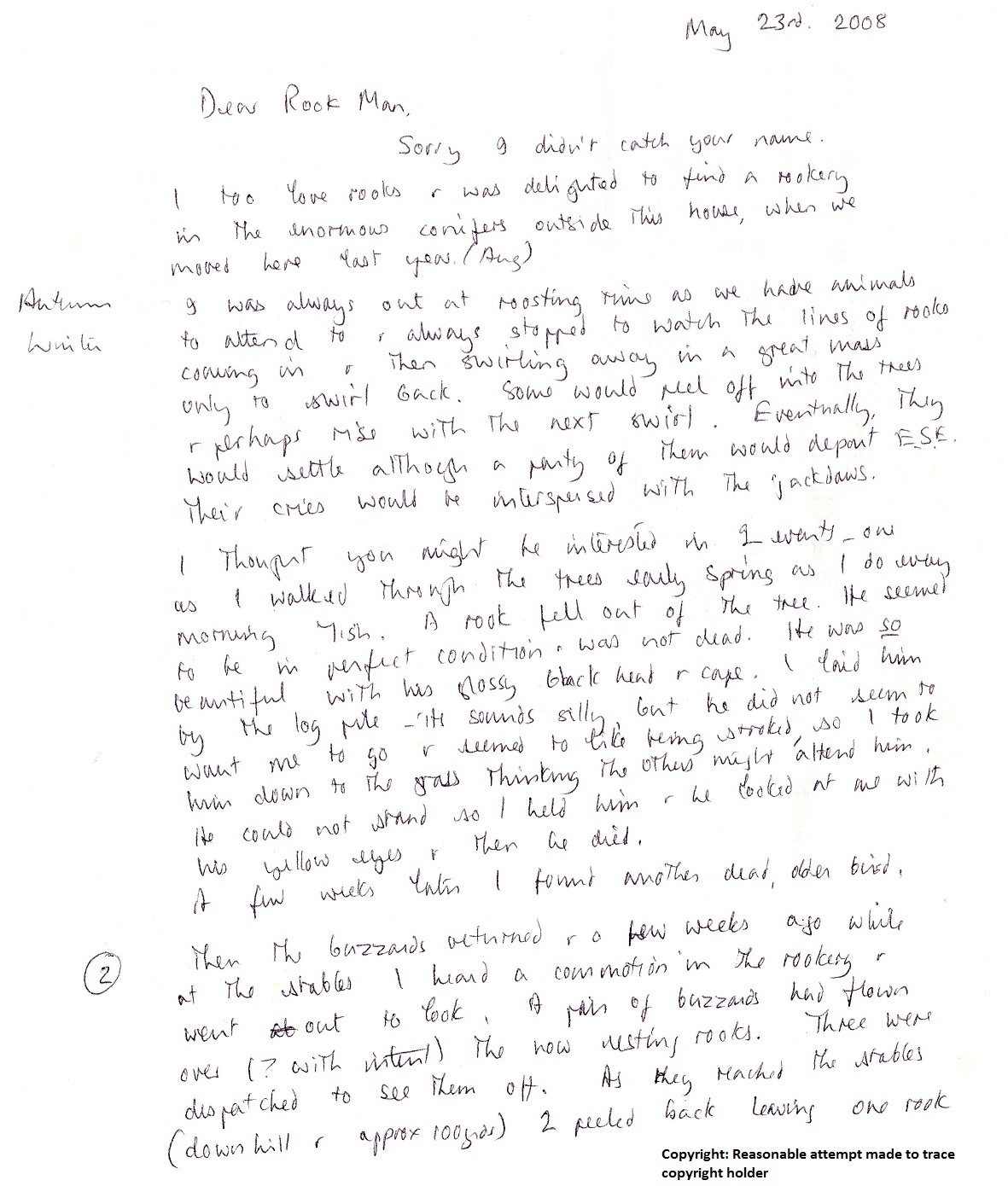